Interview with Co-Winners of the 2018 Brewer’s Choice Competition 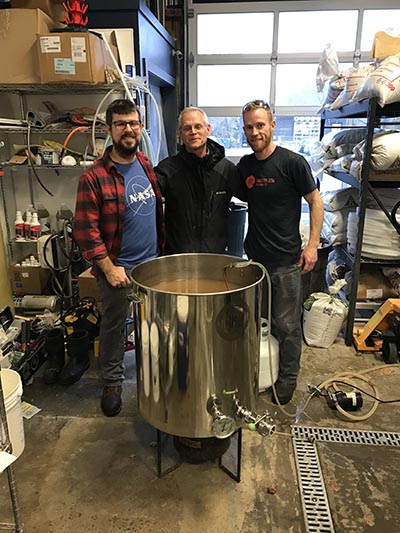 David Lotterhos Interview with Jeffrey Shane and Karl Helmstetter, Co-Winners of the 2018 Brewer’s Choice Competition at the Stanardsville Oktoberfest

David: Congrats again on winning Greene County’s first annual Oktoberfest homebrew competition! Tell me a little bit about your winning beer- what were your thoughts starting the challenge, and how did you think the brew you entered turned out turned out?

Jeff & Karl: We aimed at a traditional marzen with traditional ingredients and wanted deep malt character. We were happy and a bit surprised at how well it turned out.

Jeff & Karl: We had tried a sour from RR and liked it. I (Karl) used to live in Hawaii and loved guava and always wanted to try it but it is so expensive as to be cost prohibitive from a home Brewer. When we mentioned a guava Gose, Kevin was excited as this would be something quite different and he loves to try something new. We worked out a day and had a ball brewing with him. It was truly a collaboration as he had all the ingredients, but was opened to our ideas. He had never used Good belly as the souring agent before but was open to try it. We all learned from each other. We also saw how hard it is to be a pro brewer! Kevin is really good at what he does.

Question 3: How did the beer turn out, and how did it feel to help brew something on tap at Random Row?

Jeff & Karl: It turned out very tasty and refreshing. Folks seemed to really like it. Kevin wants to do it again when the weather is warmer. It was an awesome experience to see the whole process from brew idea over email all the way to sipping a pint of it with our friends watching a game at RR!

The Stanardsville Express Has Arrived!

© 2018 All Rights Reserved. Site Donated in Part By Web Weaving